My three-year old Dell Latitude is not keeping up like it used to. So, after a buddy suggested getting an SSD to extend the life of any computer, I bought one.

I used Acronis to clone the existing drive and make it bootable and then put the SSD into the laptop. I was so impressed when the system booted up and booted up fast.

My bloated Outlook came on the screen faster. I have also noticed that closing Chrome with my 20+ tabs open happens instantly instead of over a few minutes.

Two exceptions to my being overjoyed were RoboForm and QuickBooks, which seemed to have a similar issue.

RoboForm did not recognize a registered user. I simply clicked and logged on to my account and was back in action. 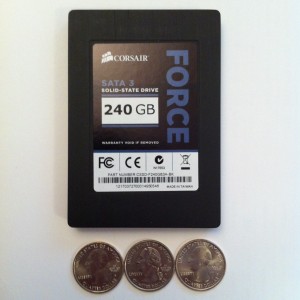 QuickBooks Support was not effective

I am using QuickBooks Pro 2009. When I clicked on the icon to launch the program it threw up some arcane error code.

Specifically the error was

Error 3371: Could not initialize license properties

I looked on the support forums and called QuickBooks three times.

I found an entry in the support area that exactly named this error. I followed all the suggestions;

2) Uninstall and then reinstall QuickBooks

3) Ensure that MSXMS is installed

5) Ensure that all Microsoft software is up to date

6) Download QuickBooks from http://UseQuickbooks.com/pro2009 instead of using the original disk. Internet Explorer, which they recommended just looped. Chrome allowed the download.

The really iratating part was that on all three calls to Intuit I was told that I needed to buy the latest version of QuickBooks. That is not a software solution, that is sales. I needed to make whole the existing product, not brush by the issue by making another sale.

Besides the advice defied logic. I had already installed QuickBooks six ways to Sunday and it didn’t help. Why would a newer version be any different. I dare say that it would not be different.

A further complicating issue is that the software is near its “end of life”. The support guys helped a bit, but they wanted me to either buy support of buy the product. One the third call after I told him all the efforts that I had made, he sincerely wanted to help me.

After a few hours I was finally told about the “Entitlement” folder. That is the culprit. Deleting it and then installing QuickBooks was the solution.

I believe that this is the file path – C:Documents and Settings\Local SettingsApplication Data – I deleted the entire Entitlement directory. 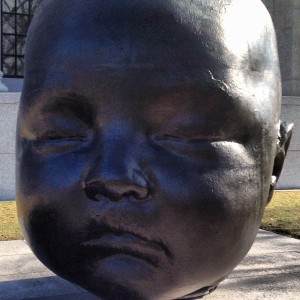 A sad face at the MFA - photo by Jim Spencer

If you are trying to start QuickBooks and get the error

Error 3371: Could not initialize license properties

then go delete the Entitlements folder and its contents located here  C:Documents and Settings\Local SettingsApplication Data.

I am not really clear whether Acronis failed to copy the data completely or accurately or these software packages have something that prevents copy data and logging in.  The latter seems more likely.

I am grateful to the third support person for providing the answer despite his reluctance. That was the difference.  The new SSD is still wonderful and I will hold off replacing my “end of life” software until there is a genuine need.

Have you run into similar situations and found unexpected solutions?

One thought on “New SSD Joy Hampered by QuickBooks Error 3371”